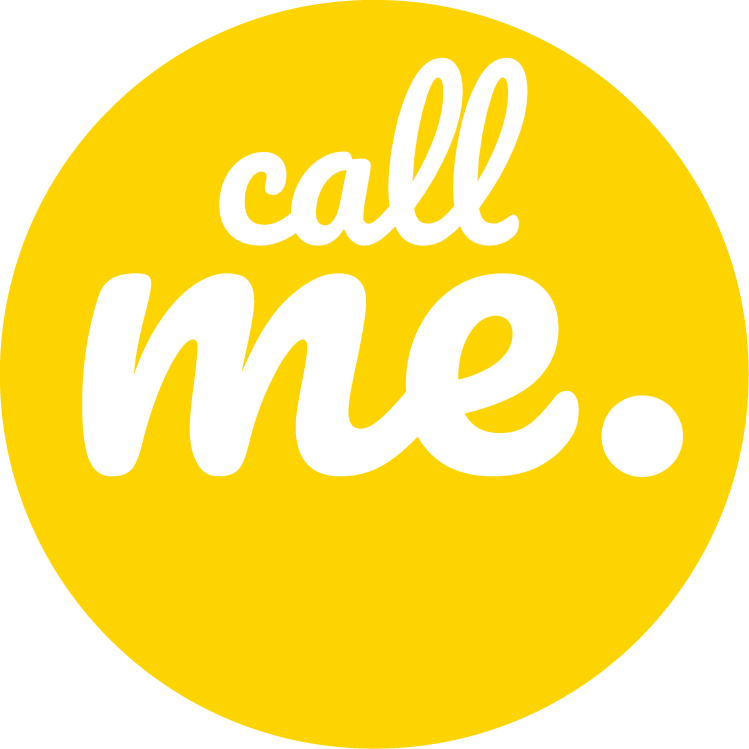 The Declining Human Attention Span How to Keep Your Customers Engaged 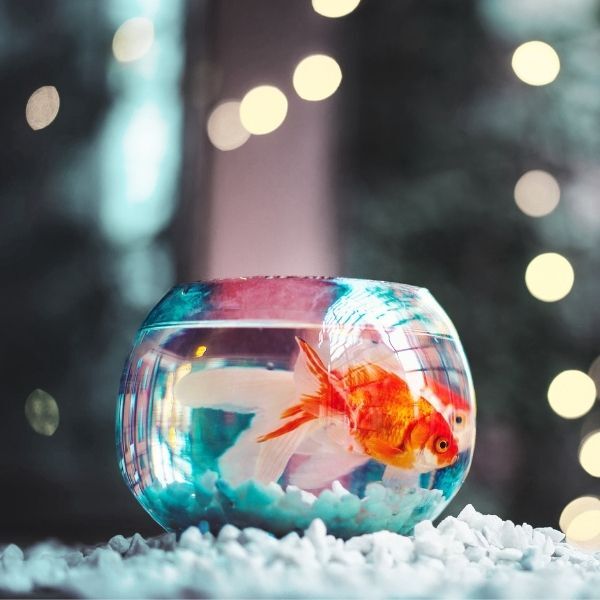 The Declining Human Attention Span: How to Keep Your Customers Engaged

First things first, I feel it is important to note that I am aware of the irony that may present itself in writing a lengthy blog post referencing the rapid decline of the human attention span.

This one’s for the remaining few that still enjoy an afternoon read and light competition against the average goldfish. Confused? Well, studies have shown that in 2018, the human attention span fell from 12 seconds (2000) to a mere 8 seconds, beating the ever-distracted goldfish, which clocks in at 9 seconds.

As a result of this, businesses and brands globally are struggling in their efforts to continue to attract consumers, and even more so to keep them engaged.

“But what if you could scientifically pinpoint the exact moment people’s attention is at its peak? What if you could identify the very instant they’re ready and willing to see something new?”

–The Moment of Next, Nielsen

We delved into ‘The Moment of Next’ a recent study which interestingly highlighted the aforementioned as ‘the time in a user’s busy day when they’re open to exploring something new – including advertiser messages.’

We’ve listed the good, the bad, and the absolute musts when it comes to attracting and engaging with your audience.

Social Media: Feeds Generate More
The study found that from an emotive perspective, a continuous scroll feed generates both 20% more attentiveness and a higher emotional response of 17%. This type of scrolling has proven to be so effective as the user is more receptive to new content and engaged with the unknown of what will be next.
With a faster pace of content being digested than ever before, target consumers can decide in mere seconds what to spend their attention on.

It’s fair to say, this is why social media platforms continue to remain relevant and so widely used. With the rapid rise of TikTok in early 2020 helping promote a faster pace of content digestion than ever before, target consumers can decide in mere seconds what to spend their attention on. What’s more, this paired with an expert algorithm that learns the user’s habits in very little time means that brilliantly, it’s an app that many of us still spend hours on, digesting bite-size tailored content for long periods of time.

Dedicated VS. Disruptive Attention
Something that is crucial to consider when targeting your audience in these key moments is whether you are advertising your message in a dedicate space with welcomed attention, or if you are in fact disrupting your user in their digital journey, as the latter can have a very detrimental effect.

An example of disruptive attention: Adverts shown before YouTube videos

We’ve all been there. You’re looking for a quick DIY solution and you’re bombarded with an advert wasting your time, waiting for the ‘skip’ button to appear. Sound familiar? You’re not alone. Studies have shown that when shown beforehand, users may infact develop a negative reaction to the advert, due to it being so intrusive.
Just look at the heatmaps below, which indicate where viewers were focusing. You can see that participants rarely looked at the video ad on YouTube but remained attentive to the videos on Taboola and Facebook. Why? Because Taboola and Facebook present videos in an infinite feed, compared to YouTube’s ads that are shown in a pre-roll format. 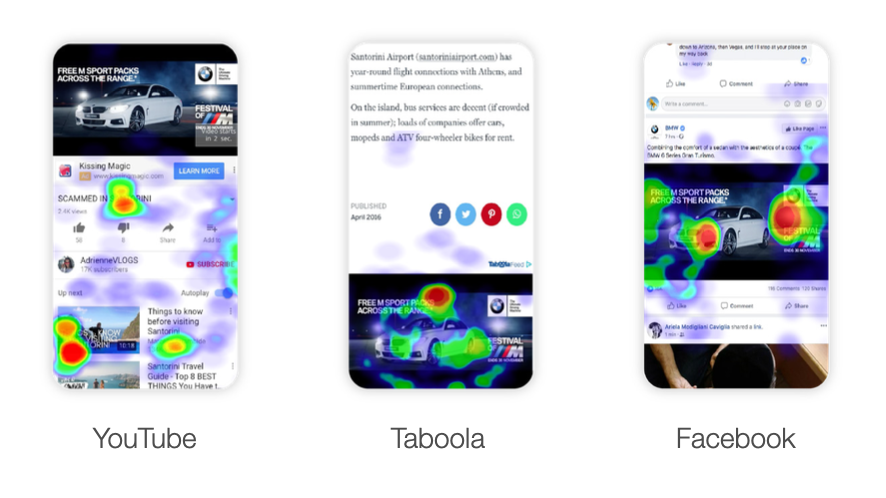 Image from Moment of Next

An example of dedicated attention: Adverts shown after an Article

For example, the study found that participants of a content experiment were most open-minded to receiving new information and advertisements after reading an article (See, there was reasoning to the irony mentioned earlier). This is all down to a scientific term called Cognitive Load. CL is the amount of mental effort that is used in the working memory. When your cognitive load is at a high, it becomes difficult to take in new information. When your cognitive load is lower, you’re more open-minded and ready for a new experience. In Nielsen’s study, research participants displayed an 8% lower cognitive load at the end of an article—the moment of next—compared to any other point during the article reading experience. At this time, they experienced a rapid increase in both attentiveness and emotional response.

Discover Your Dedicated Audience
If you’ve made it to the end of this article, you’re our type of person.

You are now more equipped in the knowledge of the various difficulties faced when trying to keep consumers attention in key moments, but we’ve only touched the surface on the endless possibilities of creative marketing opportunities available.

‘At ME. we work with brands and businesses to identify and capitalise on these key moments, developing creative solutions that consumers want to see in this time and captivating experiences to keep them engaged physically and emotionally.’

This is built into everything we do. Our methodology is to be immersed in every one of the projects we develop, and this includes ensuring your consumers feel immersed in your storytelling too. We make it our mission to be in the very centre of your brand or business, because that’s how the best results (and true immersivity) is achieved. 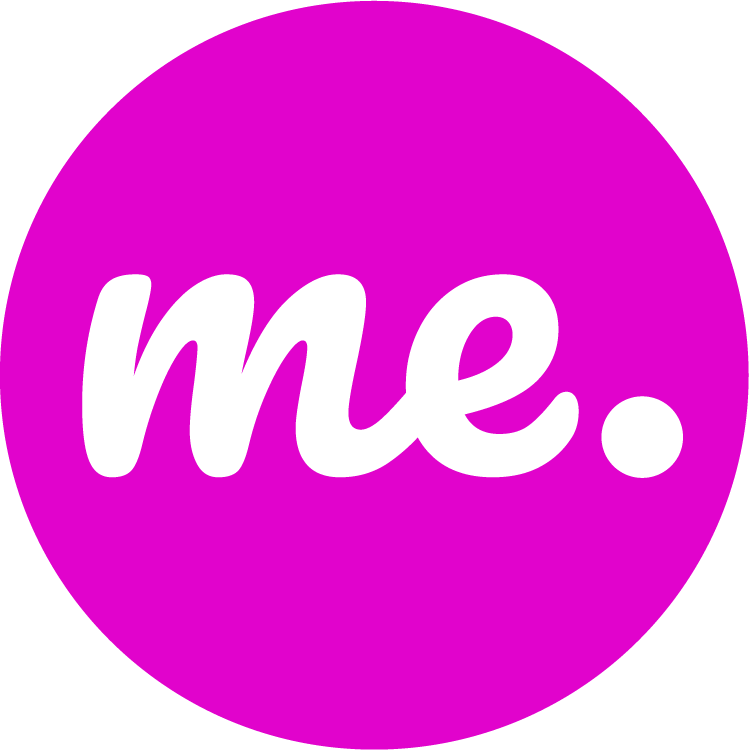 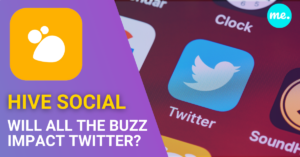 What’s all the buzz around Hive Social? – A new challenger for Elon’s Twitter. 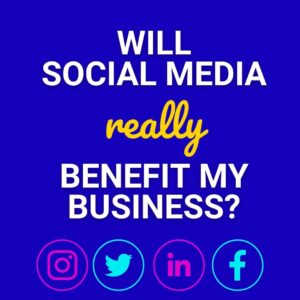 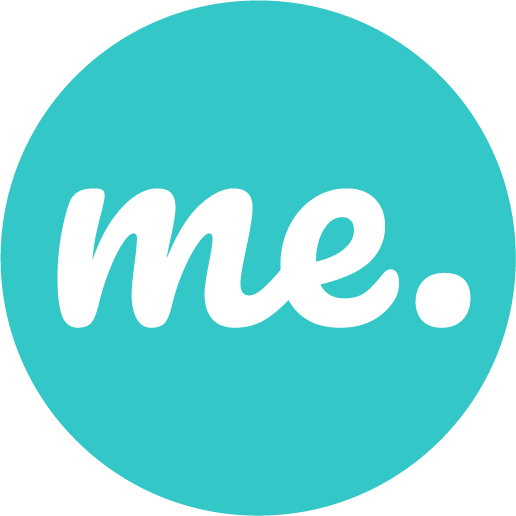